The same seller on ebay who posted the Command Outpost sketches along with the Air Raider alphabet and symbols has another lot up for sale which includes several pieces of new art.

First up is a painted logo board with a vellum overlay of an older logo. It’s okay, definitely my least favorite of the three. I’m not crazy about the logo and the background looks bland, like someone spent two minutes painting it.

The second picture is a pencil sketch. I think it’s an early concept drawing of the Dragonwind. The cockpit area looks similar to the final product although it’s set on those hydrofoil skies so maybe it’s an early Man-O-War concept. The overall design, with it’s sharp edges and blades looks more like something the Dark Eldar from Warhammer 40K would drive around rather than some Airlandia inhabitant. Still, love the look of it and I wonder who the artist was, I don’t see any signature.

I’ve collected some original comic art over the years and I wish I could get my hands on something like this. The paper is torn up in several places so I hope they take care of it!

Last is the map of Airlandia painted on artboard with an overlay of text. The art is simple but beautifully colored. I love learning about the geography of the planet and there are some cool names all over the place. Plus you get to see where some of the top bad guys like Baron Sunder and Modrex live. It’s amazing to think this has probably sat in some basement or garage for 30 years.

I noted some differences between this and the final art, specifically the city of Central Airlandia and the Petrified forests both look very different in design and colors especially. There was a lot more green in this piece then the final, maybe they wanted to play up the post-apocalyptic world? The Command Outpost also moved, shifting from the suburbs of Central Airlandia to farther north near the petrified forests that the outpost occupies in the comics.

Never noticed the paragraph of text in the lower right corner doesn’t make any sense as it’s broken up in odd places.

I put a montage of the various shots the seller uploaded to give a better view of the map. 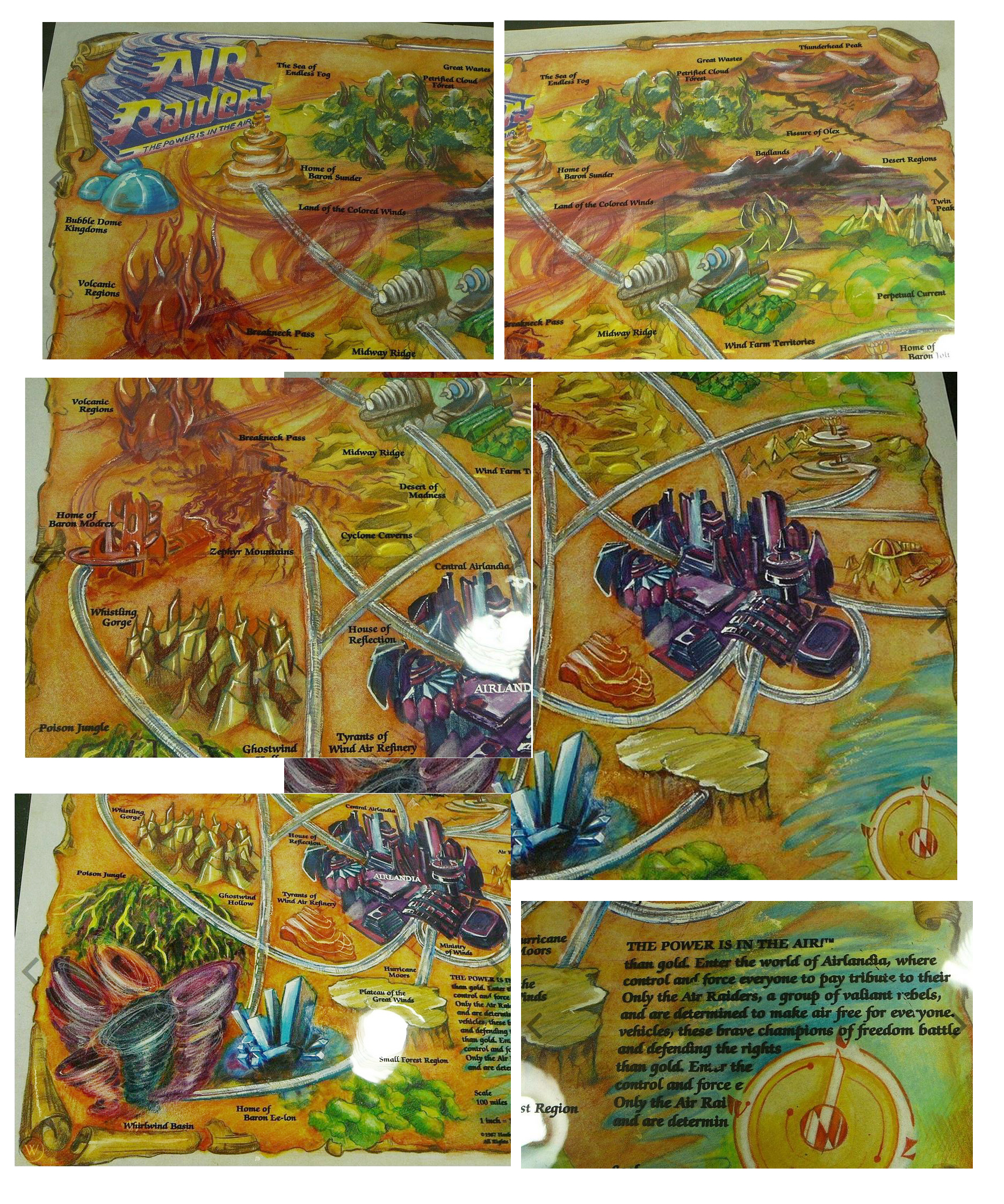