An ebay seller had a few items up that were acquired from a former employee of Hasbro. Among the items offered were a series of prototype designs of the Command Outpost.

One of the early designs seems to have a different pump system and a mortar or cannon that shot cannonballs instead of missiles. I assume it would have been air-powered, so I wonder if the ammo would have been foam or something.

Another sketch has some really cool ideas that were never used like a gatling gun/missile launcher, an ejection seat, a gripper claw (they ended up using a variation of that for the Thunderclaw), and a depth charge launcher! I have no idea how that would’ve worked…

Most of these drawings were done by Fred Rieber who was the lead designer on several vehicles like the Outpost, the Thunderhammer and the Twin Lightning. 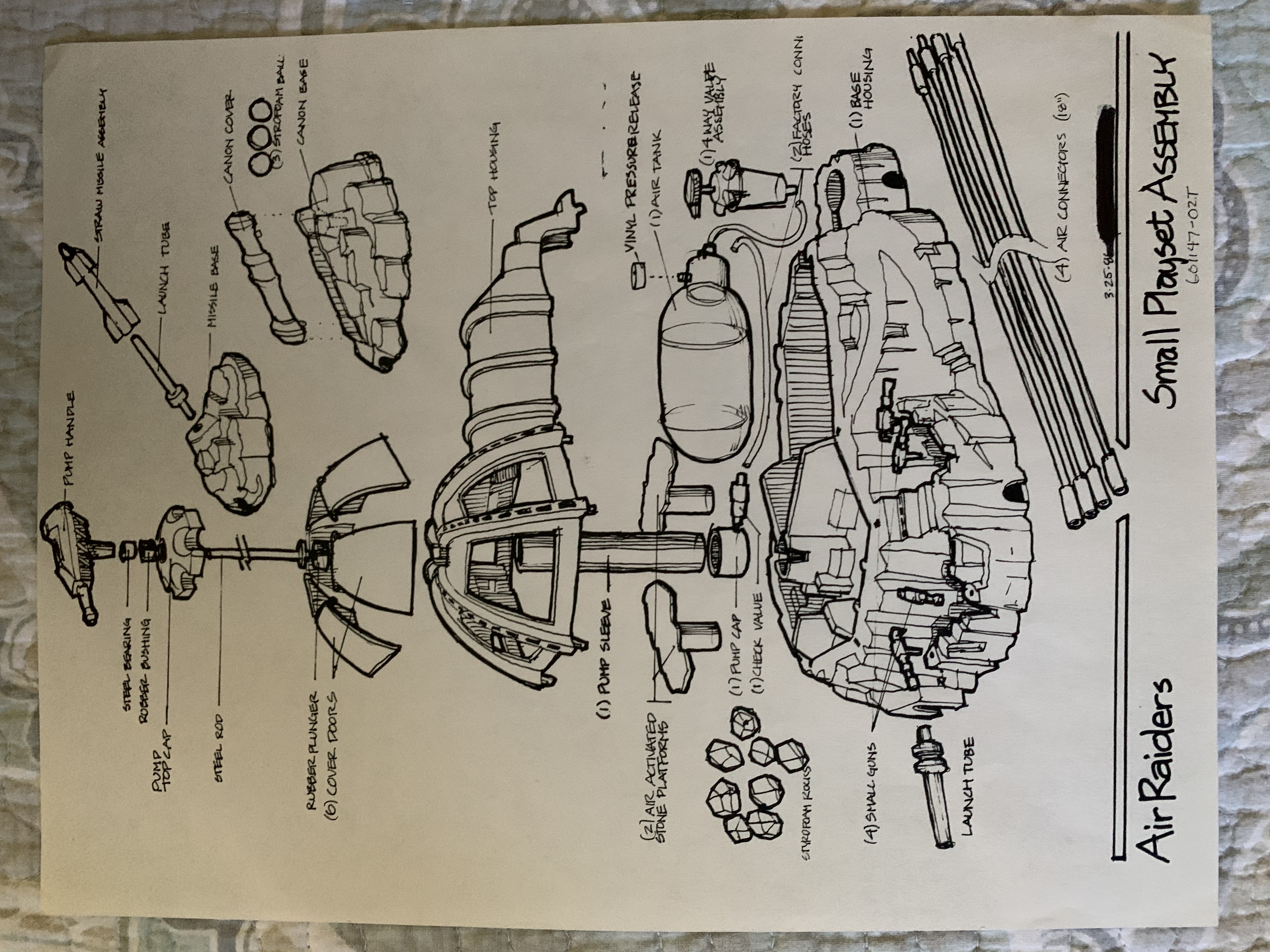 Check out these two exploded views of the Outpost. The one above (March ’86) shows an older design with a vinyl pressure tank, similar to the old super soaker guns that allowed pressure to build up to fire off. It has the mortar/bombard with cannonballs and finned missiles too! I wonder why they changed that? (Oh, the notes also say the cannonballs would’ve been styrofoam too.) This design also had two(!) platforms to have rocks crash and fall on unsuspecting Tyrants.

Moving on to the design below, we’re much closer to the final product. The mortar, finned missiles and extra rockfall feature are gone and the final missile launchers designs are in place. However, the vinyl pressure tank is still in the upper housing. I wish there was a date here to compare. 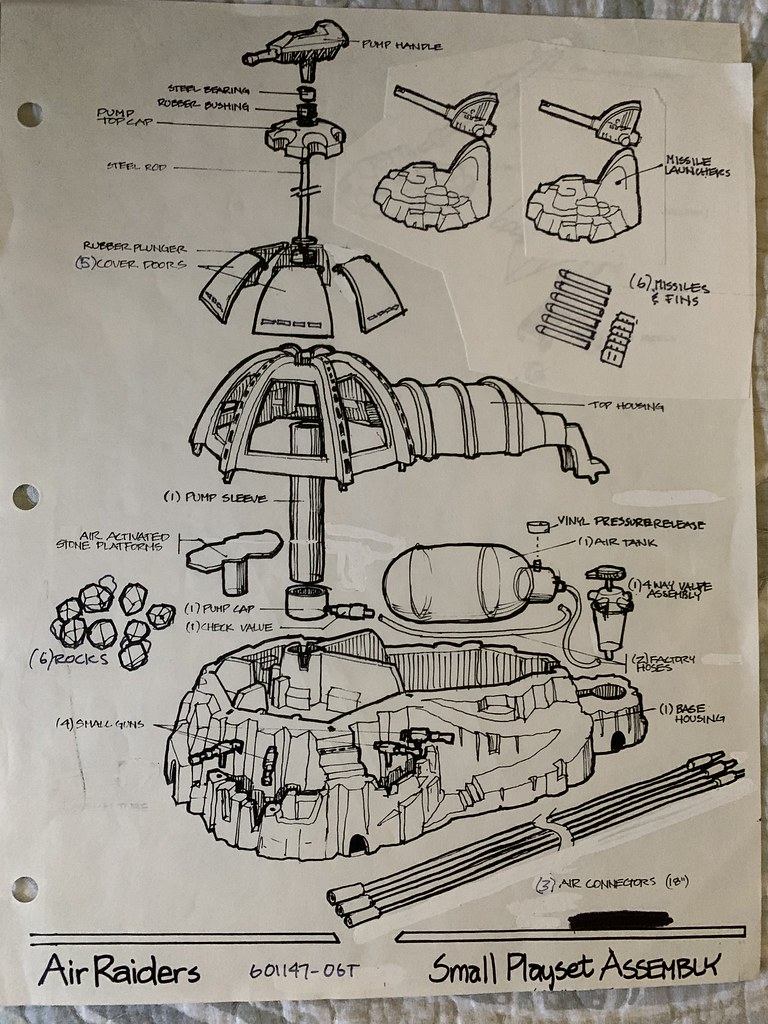